“Are planets responsible for influencing thoughts, attitudes, and actions?
Far away from Earth, spinning on their own axis and orbiting around the sun, are they capable of controlling our future?

If that’s not the time, then how some astrologers accurately foretell when we have a good time, if we’re having luck, if we’ve failed, and if we have a positive or negative relationship with anyone else?”

As far as we know, our bodies are made up of both chemical and physical elements that react in both ways.

There is nothing exceptional about us. We are just collections of the atoms that make us up, along with various elements bound together by the physical bond of the universe. Just like planets, we are nothing more than this.

We are composed of the same fundamental elements, and so we respond to the cycles of our universe. As our physical bodies respond to the celestial cycles and their respective gravities, our chemistry, and atomic makeup also interact.

This principle is referred to as “spirit/soul,” which could be referred to as the basic awareness. Our perspective is both physical and metaphysical: it is outside the physical.

Although physics has never been able to explain it, the miracle of human existence is that even physics cannot.

When the Planets do their magic, they’re able to do so because we are all linked to each other in the universe, and we don’t only contain fundamental elements, but we are part of this constantly rotating globe that perpetually spins and revolves.

Planets, stars, and birthdays affect our lives differently depending on where they are in the horoscope. Our thoughts are under the influence of the vast cosmic powers of the universe. This gives us control over our actions.

In addition to this, the Sun and Moon are referred to as luminaries as they emit light. Moving planets such as Jupiter and Saturn are often referred to as “slow.”
Each planet has a particular energy feature and appears in the birth map.

In fact, the position of the planet has an impact on its effects. The Houses in a horoscope add unique qualities to Zodiac signs. This book includes an in-depth analysis of each planet. What is Sun in Astrology? The sun sustains life on earth. It would be impossible to have life on Earth without the Sun. The sun… Read More »Sun in Astrology What is Mars in Astrology? Mars in astrology, commonly referred to as Mangal, Angaraka, Kuja, and Chavai, serves as the planetary cabinet Commander. He is… Read More »Mars in Astrology 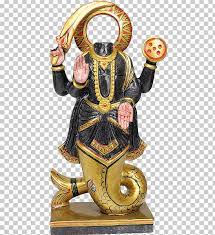